THE ASSEMBLY OF THOSE WHO TREMBLE

Home » THE ASSEMBLY OF THOSE WHO TREMBLE

The Assembly of Those Who Tremble

“Then were assembled unto me
every one that trembled at the words of the God”
Ezra 9:4

To understand the future one must have knowledge of the past. There is really nothing new under the sun. The apathy and backsliding of one generation is simply the pattern for the next; hearts of men have changed little. God’s Word (through the traditions of men) is gradually robbed of its power (Mark 7:13) as men use it to support their own agendas and their desire for preeminence. This is all within the context of a “religion” that has a form without the life. In such an atmosphere men no longer heed the Word for what it says and as a result they stumble in the darkness of a religion that offers no direction or purpose. The Word is still quoted to support this lukewarm and tepid thing but the hearers are “twice dead”; the very means of their deliverance has been robbed of its power and meaning. Within this man-induced atmosphere “the famine of hearing the word” (Amos 8:11-12) has been pronounced upon such a generation. God Himself strikes men with the blindness of Sodom and the ignorance of the Scribes and Pharisees of Jesus day. In hearing they shall not hear and in seeing they shall not see (Matthew 13:13-15). The evidence of this is people running “to and fro” searching for anything to fill the emptiness within their hearts. Because of this they are given over to strong delusion for they refused the LOVE of THE TRUTH (2 Thessalonians 2:10).

In the midst of this spiritual landscape there are those who are sensing the NEED to assemble and to cry out to the ONE who can save, who can hear and who can hold them firm within the shelter of His Own Being. These are those who tremble at HIS WORD and govern their lives accordingly. They can no longer abide within a church that has a “name that it is alive but it is (in essence) dead” (Revelation 3:1). A church which goes through the motions and rituals of something that resembles life but the emptiness of such a religion has rendered it superficial, impotent and sterile.

“The man that wandereth out of the way of understanding
shall remain in the congregation of the dead”
Proverbs 21:16

They that honour and obey the Word of God cannot remain in the congregation of the dead. Obedience is the revelation of a life that honours His Word. Men who hear without obeying are like those who “build their house on sand”; it looks good until the flood comes and washes it away. Those who hear and obey are likened unto those who “build their house on the rock”; when the floods come the house stands. This parable clearly shows that the strength of the house is not in itself but in that upon which it is built.

They who tremble at His Word are those who have the Fear of the Lord. His Word IS His Will and because of this they know that in obeying His Word they are in fact honouring Him. The flood is coming and so is the revelation of every man’s work. There must be within those who tremble at His Word a new and fresh gathering together unto Him that will ignite the fires of repentance to the purifying of our hearts. It is to such that HE will arise, with healing in His wings.

“No principle is more noble,
as there is none more holy,
than that of a true obedience”
H. Giles 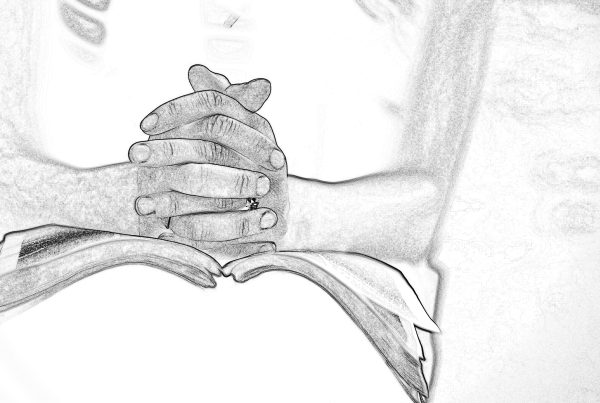 A Word in SeasonHave This Mind in YouOur Service