The central theme to which Jesus kept directing His disciples was relationship to Him. The great deception of religion is that men and women serve an organization, a doctrine, a teacher or even worse themselves. Here Jesus points to the essential cornerstone of true service unto Him: “let him follow me”. It is in following Him that we become separated unto Him. The “cross” of the individual believer is simply defined by a life of following Him. While many are willing to do strenuous religious observances, fasting, long prayer meetings, conferences and seemingly good works the issue remains one of following Him. The cross of Christ was in doing the will of the Father. In this place of true servitude the Son glorified the Father. It is in our being “yoked” with Him that our lives will in truth glorify the Son. Knowledge of the scriptures must give way to relationship with the Son. Knowledge alone of the Son will never make a person free nor bring about the true experiential knowing of Him within the human heart.

Throughout the scriptures we see that many stopped following Him because of the cost of the Way. The Scribes and Pharisees had no problem with long prayers, religious observances and the rites and rituals of the religious system but they failed to follow Him. In following Him they would have come to the crossroad of serving self or serving God. It is here that the truth of one’s heart is revealed. In this day of the great Apostasy the hearts of many are growing cold and unresponsive to Him and His Word. The forms of truth are retained but the active daily following of Him is replaced by the love of this world, by the busyness of religious programs, and in living a life of self-interest; this culminates in a life that no longer follows Him. Freedom from self with all of its wretched ways and miserable ends can only be found in the following of Him. To truly follow Him requires a forsaking of self. Religion is the “opiate of the masses”; it offers the appearance of a thing without the substance of the thing. It offers the sayings of Jesus without the required obedience to His words. It calls Him Lord but affords its adherents the means to escape actual obedience to Him by the soothing of the conscience with the very words of scripture. Early in Jesus’ life Satan came with great power and temptation by quoting the scriptures so that Jesus might seek to “save” His life supernaturally for all to see (Matthew 4:1-11). Jesus refuted such temptation as He was not here to fulfill His will. His purpose was to fulfill the will of the Father.

There can be no true serving of Jesus without a life of actively following Him. It is evident that we are in the time of the great falling away. It is a very subtle and deadly affair of the heart when men and women cling to the words of Jesus without the following of Him. The subtlety of such a life is called deception and it is the way of spiritual decay and death. We remain static while He moves on in the will and the glory of the Father. We hear many say that God does not answer prayer. The wonder of His presence is lacking and in most places not even expected. We have become accustomed to the forms of religion without His presence and power. It is not because He has forsaken us; it is that we have ceased as a people to “follow Him”. He declares to the Church at Ephesus:

“But I have against you
that you left your first love…”
Revelation 2:4

The verse preceding this one states “I know thy works, and thy labour, and thy patience…” The works continued but the love faded. The forsaking of their “first love” (pre-eminent love) was so critical to their place in God that His judgement upon such a people was the removal of His presence from their midst. The reason for the cooling of the heart of His people is the result of iniquity abounding.

“And because iniquity shall abound,
the love of many shall wax cold”
Matthew 24:12

The Greek word translated iniquity here does not fully imply gross sin. It speaks of lawlessness in that instead of obeying the commandments of Jesus we subtly set them aside declaring that we are now under grace. It is through the horror of this deceptive teaching that we are seeing the fervent love of many growing cold and indifferent. It is we who have forsaken the good and right way. The church has embraced teachers who bring in damnable heresies that turn His people from following Him to the serving of self and other things. We call Him Lord yet we set aside His commandments to obey the traditions and teachings of men. WE HAVE MADE THE WORD OF GOD OF NON-EFFECT! It is our own doing and God’s remedy is repentance and the return to our primary love.

“”This people honors Me with the lips,
but their heart is far away from Me; and in vain they worship Me,
teaching as doctrines the commandments of men.” (Isa. 29:13 8)
For forsaking the commandment of God,
you hold the tradition of men”
Mark 7:7-8

God has a simple answer for this generation and this time. It is the simplicity of obeying His commandments and following Him.

The teaching of a grace that absolves His people from obedience to the commands of Jesus is a lie and deception of the devil himself! If we do not repent we will stand in the judgement of God as they who once knew the truth and turned away. This is the picture presented to us in the Parable of the Sower where the soil which grew weeds of the cares of self and this life and choked out the precious seed. This truth is presented throughout the New Testament to those who started out well yet grew cold and indifferent to Him in the end.

“For if by a full knowledge of the Lord and Savior,
Jesus Christ, they have escaped the defilements of the world,
and again being entangled they have been overcome by these,
then their last things have become worse than the first.
For it was better for them not to have fully known
the way of righteousness, than fully knowing to turn from
the holy commandment delivered to them”
2 Peter 2:20-21 (LITV)

Let us find Grace in this day to finish the race which is set before us. Let us not grow weary in our following of Him for we shall surely reap if we faint not.

The Reason for Grace 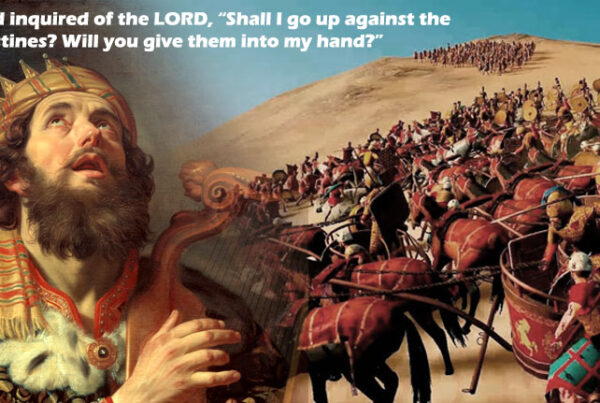 PODCAST – Learning the Way of the Lord