Skip to main content
Close Search
He is Able!The Church

Our church or HIS HOUSE

Home » Our church or HIS HOUSE

Our Church
or
HIS HOUSE

“This people say, The time is not come,
the time that the LORD’S house should be built…
“Is it time for you yourselves to dwell in your paneled houses,
and this temple to lie in ruins?”
Now therefore, thus says the Lord of hosts:
“Consider your ways!
“You have sown much, and bring in little…”
HAGGAI 1:2

Our church and His House are not the same thing. He has many “living stones” within the confines of our churches but, make no mistake, the two are not the same. For the most part we are content to dwell in our churches. We deck them out in attractive designs and welcoming programs but the end is the same. An organization that operates much the same as any worldly corporation, with various committees and structures, can never produce that organism that lives by the Lordship of the Holy Ghost. His House is to be pulsating with a Life that produces life. The men and women who minister in this house have one purpose and one heart’s cry; to see each member functioning in the power, uniqueness and spontaneity that can only be the product of Him who is the Author and Perfecter of such things. In HIS House (singular) there is a unity of desire to glorify Him. Success is not measured by how many attend but by the righteousness and quality of character of those involved. We are no longer content to dwell in “our” houses but the real concern is for HIS HOUSE. That HOUSE is made up of men and women who were born in Heavenly Zion, the City of our God, the New Jerusalem which is THE CHURCH of the Firstborn. This is not a building on a street corner. This is HIS BODY comprised only of the blood washed children of God born out of every tongue, nation and tribe. A people fused together by ONE SPIRIT and ONE FAITH having been born unto One Father by the power of the Holy Ghost.

“But you have come to Mount Zion
and to the city of the living God, the heavenly Jerusalem,
to an innumerable company of angels,
to the general assembly and church of the firstborn
who are registered in heaven,
to God the Judge of all,
to the spirits of just men made perfect”
HEBREWS 12:22 – 23

In HIS HOUSE the ministry is functioning to bring forth a UNITY OF THE FAITH not the filling up of a building! HE HAS GIVEN…

“And He Himself gave some to be apostles,
some prophets, some evangelists, and some pastors and teachers,
FOR the equipping of the saints FOR the work of ministry,
FOR the edifying of the body of Christ,
TILL WE ALL come to the unity of the faith”
EPHESIANS 4:11 – 13

True ministry is not here to propagate an organization or its agendas. Rather they are to facilitate an actual growth in righteousness. Their sphere of influence should be equipping others to function in the call, the purposes and power of the Holy Ghost, They are to minister in such a way as to bring forth the UNITY of THE FAITH and of the FULL KNOWLEDGE OF THE SON!! The nature of anything is known by the fruit it produces. Often the young men and women attending our Bible schools are indoctrinated in the particular brand of “faith” of that school. Rather than producing those who are moving toward the unity of the faith they are propagating and instilling deeper divisions and confusion. God has a name for this; it is called Babylon. The scoffers and the “wise” of this world/church say that such a unity is unattainable on this earth. God’s Word says that these ministrations will continue UNTIL this takes place AND JESUS PRAYED…

“I pray for them…
that they may be one as We are..
I do not pray for these alone,
but also for those who will believe in Me through their word;
that they all may be one, as You, Father, are in Me,
and I in You; that they also may be one in Us,
that the world may believe that You sent Me”
JOHN 17 (excerpts)
(read the whole prayer)

This unity is attainable if for no other reason than that the SON PRAYED for it. He gave ministry unto the church to make it so. If we cannot believe God for this than it is time for us to consider the validity of our faith.

The Time is not yet come!

“With men this is impossible;
but with God all things are possible”
MATTHEW 19:26

The fact of the matter is HIS HOUSE lays waste. How do we know this? What measure do we use to arrive at such a conclusion? All we have to do is read the Book of Acts, and as Haggai says…

“You have sown much, and bring in little”
HAGGAI 1:6

The outreach programs, the marketing efforts, the strategizing, and immense amounts of human energy and financial resources are spent with little return. We market HIM rather than present HIM. We offer HIM up as a cheap commodity as if He were dependent upon the whim and will of men. He is not presented as the King of Kings and Lord of Lords; we present HIM as something less. Are we here to beg and plead with people to accept HIM or are His People the result of HIS CALL, HIS CHOOSING AND HIS SOVEREIGNTY?

“You did not choose Me, but I chose you
and appointed you that you should go and bear fruit”
JOHN 15:16

“NO ONE CAN COME TO Me
unless the Father who sent Me draws him;
and I will raise him up at the last day”
JOHN 6:44

(No One! We may wonder, then why preach? Watchman Nee put it best… He would go from village to village preaching the Gospel of Jesus Christ because there were those in every village whom God’s Spirit had been preparing for him to bring that living word.)

We see the ineffectiveness of our efforts while we present to the world a divided, powerless church, filled with division and competition. We seek to build kingdoms unto ourselves and compete with the church across the street. We think we are moving toward unity if the pastors meet once a month in some fraternal way. We neglect the fact that the way God has purposed to reveal Himself to the world is through the depth and power of LOVE that we have toward one another. “BY THIS SHALL ALL MEN KNOW…” Yet through unbelief we continue to say such a thing is impossible. We ignore the necessity of the five fold ministry and invent a pastoral role without ANY scriptures to support it. We are more interested in building our church than HIS. We say we are of the Pentecostal church, the Alliance church, the Anglican church, the Baptist church, etc. Paul told the Corinthians that such a thing is carnal…

If Christ is not divided how dare we live divided. Jesus told us to pray to the end that as it is in heaven so should it be on earth. The end of division is summed up in one word, OBEDIENCE! Thy WILL be DONE on earth AS IT IS IN HEAVEN. The SON prayed for that unity here and that it would be of the same quality as it is in Heaven. Therefore… 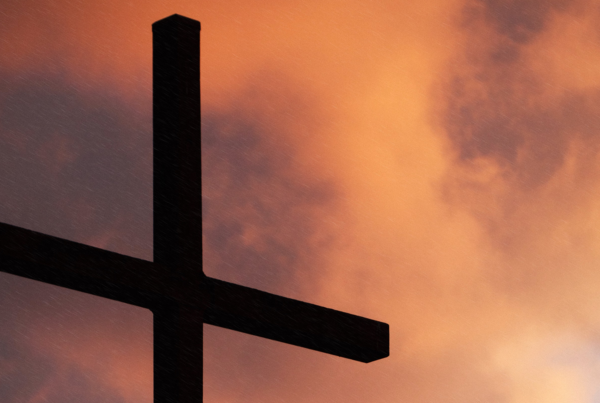