Within the sacred writings of the Old Testament we are constantly amazed at the glimpses into the New Covenant! In this passage we read that an Israelite who in his daily life touched something unclean (making him unclean) or something dead (bringing a ministration of death into his life), required a ministration in order for him to be received back into the life of the community of Israel. If only we could see the import and the necessity for us to so interact with one another that the community of faith (known as the Body of Christ) would begin to flow in the love of God and edify itself in HIS Love.

“From whom the whole body fitly joined together and compacted by that which every joint supplieth, according to the effectual working in the measure of every part, maketh increase of the body unto the edifying of itself in love”
EPHESIANS 4:16

This picture presented to us in the Book of Numbers clearly demonstrates the heart of God. We are not here to live independently from one another. We are to interact in the out workings of God. Men who have no desire to flow with others will not know of the fullness of God. God in His wisdom prescribed this WAY for the unclean to be so ministered to by his brothers that he is brought back into the life of the community. There is no mention here of the shedding of blood but of the sprinkling of water unto cleansing. This is not dealing with redemption and salvation; this is a ministry of the washing of the water by the Word being ministered to one another. It is like washing one another’s feet as we journey in this world full of darkness, temptation and death. This is a life found within the ministrations of the Holy Spirit, member to member, cleansing, encouraging and exhorting. If there is to be any real desire for righteousness and purity how the Body of Christ needs to see the vitality of this life of interaction!

Our independence, lack of trust and pride keep us from the power of this life. It is God’s way and in refusing His way we are left to our own. We have in the New Testament a picture of this in the revelation of Christ raising Lazarus from the dead. Only Jesus has the power to raise the dead; but once Lazarus has been raised Jesus turns to His Disciples and says “Loose him, and let him go”.

“And he that was dead came forth, bound hand and foot with grave-clothes: and his face was bound about with a napkin. Jesus saith unto them (the disciples), Loose him, and let him go”
JOHN 11:44

Just as with Lazarus, Jesus speaks the Life of Resurrection to every true child of God. He then expects us, as His disciples, to remove the grave clothes (lingering effects, ways and habits of the “old man”) that bind. He tells His Disciples to “loose him and let him go”. Can we not see the connection? We are HIS BODY, and as such, by the interaction with one another, we are to be the means by which every man becomes truly free. Too many of God’s people are sitting passively in pews, or isolated in little groups, or alone, while the power and the WAY of God go untouched due to our lack of interaction. We are to be the New Wine Skin but as long as we refuse to walk in this way He will not pour out the New Wine.

“Then He spoke a parable to them: “No one puts a piece from a new garment on an old one; otherwise the new makes a tear, and also the piece that was taken out of the new does not match the old. And no one puts new wine into old wineskins; or else the new wine will burst the wineskins and be spilled, and the wineskins will be ruined. But new wine must be put into new wineskins, and both are preserved. And no one, having drunk old wine, Immediately desires new; for he says, ‘The old is better.’”
LUKE 5:36-39

We keep thinking that He is going to patch up the old! Perhaps if we had a new pastor or a new teacher or a new youth leader; or perhaps if we just prayed a little harder we could get OUR way of “fellowship” or method of meeting to work. It will not happen. IT IS A NEW DAY and the new day REQUIRES a new and fresh outpouring of the Holy Spirit! The former things must pass away! The problem is that people like the old wine. They say the old wine is better, they resist change, are set in the old ways and do not desire the new enough to forsake the old. It is because of this that God must go out into the highways and the byways to bring in new people who have not “acquired” the taste of the Old Wine.

“Moab* hath been at ease from his youth,
and he hath settled on his lees,
and hath not been emptied from vessel to vessel,
neither hath he gone into captivity:
THEREFORE, his taste remained in him,
and his scent is not changed”
JEREMIAH 48:11

Moab* is a people who were the incestuous offspring of Lot; they were born out of a desire to save or preserve the seed of Lot after the judgements of Sodom. They will not change, they refuse to be “poured from vessel to vessel” and because of this THERE IS NO CHANGE in their own lives.

“Remember ye not the former things,
neither consider the things of old.
Behold, I will do a new thing…”
ISAIAH 43:18-19

It is a day to forsake the former things for it is the DAY of the New Wine-skin; a day to seek and desire to fulfill God’s heart: the full revelation of the “Body of Christ”. It is a day to forsake the format and the structure of the old wine-skin that will NOT make room for the new. Let us embrace the power of the life of the Son where the New Wine Skin is birthed by the vital relationships of the people of God, each member beholding the Head, even Christ.

“…unto Him
shall the gathering of the people be”
GENESIS 49:10

How can we continue to meet in the name of some denomination, or in the ways of some great teacher or organization, how long can we gather in the name of anything other than JESUS! The early Church had no other name, they had no other impediment in their coming together for they were drinking of the New Wine for it was poured out into a New Wine Skin. The word testifies that they were in ONE ACCORD PRIOR to the outpouring of the Holy Spirit for the NEW WINE SKIN must precede the pouring forth of the precious HOLY SPIRIT.

“Howbeit they did not hearken,
but they did after their former manner”
2KINGS 17:40

Can we not hear, is there not within our very hearts the cry for something real, powerful and NEW? How long will we cling to the former things, how long will we languish in that which is old and leaking? When will we so desire the new that we rise up and forsake that old and impotent way? A man’s desire for a thing must come to the place of such intensity that it produces the arising and the seeking for it.

*NOTE: Moab is a seed who springs out of the mighty deliverance from Judgement   In which Lot’s wife was turned into a pillar of salt, Moab is a type of a people who desire to preserve THEIR way, THEIR position and THEIR relevance in the things of God. They will not change, they refuse to be “poured from vessel to vessel” and because of this THERE IS NO CHANGE in their lives. The taste of the wine that flows from them and the scent of their spirit and their heart remains intact and to such a people there will be NO NEW WINE. Moab’s inheritance and place of abiding in the Old Testament was the Dead Sea! Can we not see the end of such ways?

“Therefore also now,
saith the Lord,
turn ye even to me
with all your heart…”
Joel 2:12 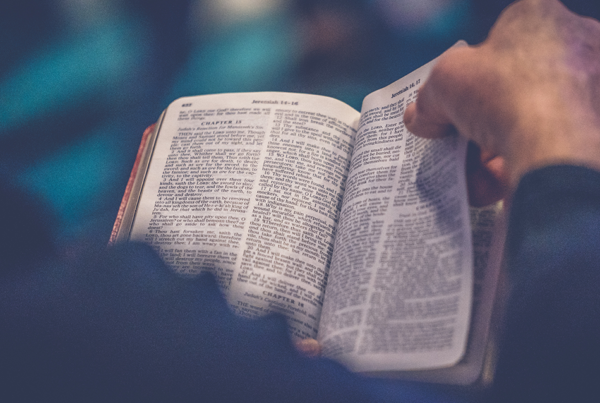