His Word (The Word of Fire) Part One

Home » His Word (The Word of Fire) Part One

The Word of Fire

“Is not my word like as a fire?
saith the Lord;
and like a hammer that breaketh
the rock in pieces?”
Jeremiah 23:29

God’s Word is not only an expression of Himself it is also an extension of Himself. He is His Word and His Word is Himself (John 1:1). We read in both the Old and New Testaments that our God is a consuming fire (Deuteronomy 4:24, Hebrews 12:29). They who bear His Living Word within their hearts know in a corresponding measure to their walk the truth of this. For His Word is the very expression of His Nature, His Thoughts and His Ways. Words without fire are words without unction. Men cannot touch His Presence and remain unaffected, apathetic and unconcerned about His inheritance in the earth. His presence is fire and glory. His zeal for His House (Psalm 119:139, John 2:17) in the earth is a consuming fire within the hearts of those who have His Word.

His Word is a fire which consumes, purifies and impels those who bear it to speak with intensity to all who would hear. This fire cannot be quenched, compromised or contaminated by the tepid atmosphere of religious men who would desire something less than God Himself. This Word is antagonistic to the comfortable, to those who would seek a complacent and more popular approach to God; yet to those who desire to walk and live within the fiery presence of a Holy God it is the necessity of life itself.

“But his word was in mine heart
as a burning fire
shut up in my bones”
Jeremiah 20:9

Men without fire have not yet touched His Presence. It is ever the work of the Holy Spirit to bring men to such places (Exodus 3:2) where the Fire of God burns like the Holy Lamp did in the days of the Tabernacle/Temple of God in the Old Testament. The Word of God declares “ye are the temple of the living God” and as such there ought to be the fire of His Presence burning within our hearts.

The Priesthood of Eli

Eli was a priest who through neglect became blind in His service to God and as a result the lamp of God went out in the tabernacle! This lamp of fire had been preserved and watched over by the priests of God for over 450 years! His sons had become immoral and loose in their walk before God. This was a day of no accountability. Men did as they pleased and the ministry was silent concerning God’s Righteousness. The outward observance of God’s law continued but the fire went out and men did not lay these things to heart.

There is also in our day a ministry in the earth which has neither fire nor unction; a ministry which has resulted in the fire of God going out in His house. There is a religious environment in which men hold the Word in the form of teachings and doctrines rather than in their hearts by the living fire of His presence. These are they who hold His Word in unrighteousness, who seek to fill their churches and fellowships with kind and comfortable words but have no actual concern for the condition of His people or their walk in righteousness. The Word speaks of the fruit of such a ministry:

“And because iniquity shall abound,
the love of many shall wax cold”
Matthew 24:12

The reason the fire goes out is because of iniquity and sin. The Love of God beating within a man’s heart will cause him to forsake sin. A Gospel which does not have the very fire of God within it is not God’s Living Word. In contrast to this unholy ministry we read of another.

The Stranger and the Words of Fire

Two disciples walking down the road to Emmaus in deep despair and perplexity were joined by a “stranger”* who spoke sternly to them concerning their plight and their lack of faith. Their eyes where blinded to the One who spoke with them as they journeyed. Would our hearts receive such words from a stranger?

“O fools, and slow of heart to believe
all that the prophets have spoken…”
Luke 24:25

After realizing the stranger was in fact the risen Lord who had spoken to them these hard words the disciples remarked to one another:

“And they said one to another,
Did not our heart burn within us,
while he talked with us by the way,
and while he opened to us the scriptures?”
Luke 24:32

Empty words proceed from hearts lacking fire. The words of the religious are different than the Words of Jesus and they who serve at His Altar will speak His Words and seek His Glory and not their own.

“And it came to pass,
when Jesus had ended these sayings,
the people were astonished at his doctrine:
For he taught them as one having authority,
and not as the scribes”
Matthew 7:28-29

Even so Lord draw us to the fire of your presence and cause that fire to burn, purify and consume all that is unholy and carnal in us. Make us to be “ministers of flaming fire”. Men who will not abide in such words now will perish in the fire of His return.

“If a man abide not in me,
he is cast forth as a branch,
and is withered; and men gather them,
and cast them into the fire,
and they are burned”
John 15:6

* Men reveal by their response the true condition of their hearts. Here a stranger came and spoke hard words, yet these two downtrodden disciples resisted not the admonition for they were men who desired truth and loved it. Men who refuse the fire and the hammer of God’s Word are not abiding in His Spirit. They have not the love of truth burning within their heart. They appear religious and will seek to build and do religious things but in their inner heart truth is not desired nor pursued. It is the day of the Revelation of Jesus Christ and in the revealing of Him men’s works will be made manifest even as by fire.

“Every man’s work shall be made manifest:
for the day shall declare it,
because it shall be revealed by fire;
and the fire shall try every man’s work
of what sort it is”
1 Corinthians 3:13 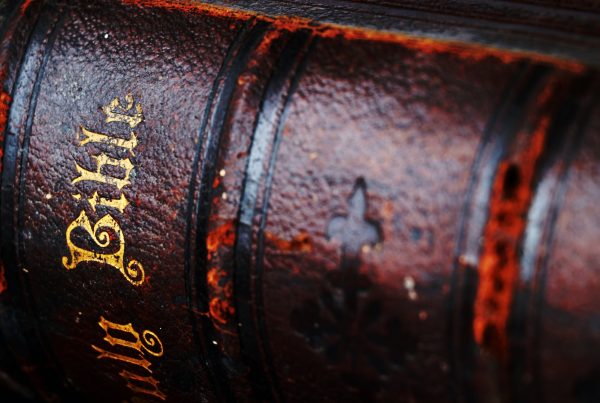 Ministry and The Word of God