Love is not a sentiment of God nor is it a mere attribute or aspect of His Being; it is what HE is in HIMSELF. Therefore to know what love is, one must know God as He is in truth. For this writing to even presume to portray a small glimpse of this is futile and flawed. Rather the purpose of this writing is to simply be a lens through which we can begin to search out the infinite reaches of a God who even the heaven of heavens cannot contain. Before this God even the Seraphim (Fiery Ones) in perfect holiness must shield themselves from His Glory and Radiance. The Apostle John, of whom the word testifies “…the disciple who Jesus loved…” fell as one dead in the seeing of Him who is love. Men throughout the ages have seen small foretastes of His person and His glory and have been undone and troubled by what they have seen.

GOD IS LOVE AND GOD IS HOLY

In the world of man’s religions these two extremes are irreconcilable but in God they are fully ONE. They are not contradictory nor are they diluted in the full expression of each. One expression does not and CANNOT contradict the other for GOD IS LOVE AND GOD IS HOLY. God does not have conflicts within HIMSELF; for each to be true they must be fully expressed at the same time. How can these things be and where would we see such a picture of this infallible truth in God? The full expression is found in the person and the sacrifice of JESUS THE CHRIST, THE PERFECT LAMB OF GOD!

God’s Love for the world resulted in Him sending His only begotten Son into this dark and sinful world. God’s Holiness resulted in the perfect Son (who knew no Sin) becoming SIN and for SIN he was crucified and judged as SIN even to the point of experiencing total separation from God on Calvary. Here we see the divine love and holiness fully expressed without contradiction in such fullness and clarity. The eternal redemption and the subsequent ministration of LIFE flows forth from the DIVINE REVELATION of what LOVE is as disclosed at Calvary. We read in the scriptures…

“And the Word was made flesh, and dwelt among us,
(and we beheld his glory, the glory as of the only begotten of the Father,)
full of grace and truth”
JOHN 1:14

“For the law was given by Moses, but grace and truth came by Jesus Christ.
No man hath seen God at any time; the only begotten Son,
which is in the bosom of the Father, he hath declared him”
JOHN 1:17-18

We must understand that expressions of Mercy must be upon the grounds of truth in order for it to be the Mercy of God. Saul showed “mercy” to an enemy of Israel and by that act of disobedience lost the Kingdom. We must also understand that truth without mercy is not really a valid expression of truth. Moses in anger over the stubbornness of Israel was unable to enter the Promised Land. Grace without truth is not grace and Truth without grace is not true. “For the grace of God that bringeth salvation hath appeared to all men, Teaching us that, denying ungodliness and worldly lusts, we should live soberly, righteously, and godly, in this present world” We read here that GRACE teaches us to live lives that are godly and righteous in this present world. Any expression of Grace that does not produce righteousness and holiness is a grace misrepresented or wrongly received. “For there are certain men crept in unawares, who were before of old ordained to this condemnation, ungodly men, turning the grace of our God into lasciviousness…”.

We live in a day of great apathy where love and grace are presented in a way that truth and holiness are diluted. Such expressions rob God of His Glory. In the hymn “Amazing Grace” we sing the powerful truth… “‘Twas grace that taught my heart to fear…” Yes and amen by that same grace our fears are relieved!

In the Old Testament the High Priest was clothed in blue, purple and scarlet. These are the colours of the priesthood. These colours represent the expressions of truth, mercy and the highest expression of all…the full expression of both mingled together (the purple) to show forth both in undimmed glory.

Blue represents God’s Holiness. “And they made the plate of the holy crown of pure gold, and wrote upon it a writing, like to the engravings of a signet, HOLINESS TO THE LORD. And they tied unto it a lace of blue, to fasten it on high upon the mitre; as the LORD commanded Moses” (Exodus 39:31) For the sake of brevity we will not go into all the scriptures regarding the colour blue but we will note here that most of the Holy Vessels in the tabernacle were covered with a blue cloth signifying them as Holy. The scarlet and the purple cloth were not used for this purpose. Suffice it to say that any expression of God in the New Testament that does not convey God’s Holiness is not a full expression of God.

Scarlet represents the expression of the priesthood in dealing with the ravages, consequences and penalty for sin. “Come now, and let us reason together, saith the LORD: though your sins be as scarlet, they shall be as white as snow; though they be red like crimson, they shall be as wool” (Isaiah 1:18) Likewise, as with the blue, any expression that does not reveal the divine enablement to deal with the wages of sin or the effect of sin (personally and in world around us) is not a qualified expression of Grace and Mercy.

Purple represents the grand colour of the High and Holy Priesthood. It is an expression where the Holiness of God and the Grace of God (the blue and the red) blend to bring forth an expression of the heart and life of the Son. When both of these truths of God’s Being are ministered in unison there will be a pure expression of Him to those around us.

It is interesting to note that in the scriptures the order is always the blue first. Any life that does not first set forth the aspect of His Glory and Holiness will never be able to present Mercy and Grace in its true value. The sheer power of His Holiness is what magnifies Grace and elevates Grace to its true value and wonder. Cheap grace robs God of His Glory whereas true Grace magnifies His Glory.

It is also notable that in the Book of Revelation we read of Babylon, which is the mother of harlots and has birthed many daughters in the world of religion, has all the colors and stones of the true tabernacle except one… BLUE. In all of her endeavors to mimic and misrepresent the true God she cannot in all of her sorcery and deception bring forth an expression of Holiness. We need to be aware of these things as we see many misleading expressions of “love” being touted in our day (even by well-meaning brethren); without the blue it falls short of presenting God. The fruit of this is a weak church uninspired by the power of the HOLY Spirit, ministering a “seeker friendly” environment and not mentioning sin as sin. Repentance and sorrow over sin is brushed to the side because it is not inviting and “relevant” for today. There is a dearth of men like Paul, James, Peter, Jude and John because of the slumber of God’s people. Without the ministration of Holiness the Church will not give birth to such powerful expressions. Paul said in his letter to the Corinthians…

“For we must all appear before the judgment seat of Christ;
that every one may receive the things done in his body,
according to that he hath done,
whether it be good or bad.
Knowing therefore the terror of the Lord,
we persuade men;
but we are made manifest unto God;
and I trust also are made manifest in your consciences”
2CORINTHIANS 5:10-11

The same man who wrote 1Corinthians 13 (which we will cover later on) wrote this scripture to the same people.  A true expression of Love results in a “knowledge of the Holy” that changes how we live and persuades men that we will all stand before a Holy God some day. The LOVE of God that called me out of a life of debauchery and ruin has called me in Christ Jesus to pursue Holiness “without which no man shall see the Lord”. 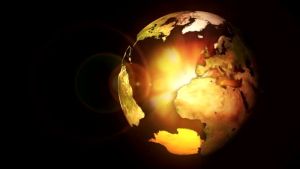