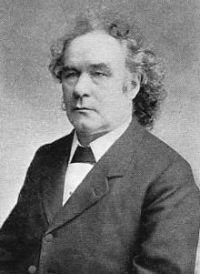 Joseph ParkerQuote of the DayThe Priesthood

Quote for the Day – Joseph Parker

Commenting on the Scripture: Colossians 2:1

“For I would that ye knew what great conflict
I have for you, and for them at Laodicea,
and for as many as have not seen my face in the flesh”
Colossians 2:1

“Why should Paul the Apostle enter into any “conflict” about people or concerning people whom he had never seen? It is to be remembered that the Apostle Paul is writing to persons who had never seen him in the flesh, whom he had never seen, and with whom he had only opened indirect communication by a fellow-labourer. Yet he says he has a “great conflict” for the Colossians and the Laodiceans and the dwellers in Hierapolis. Why this conflict? Why not let the people alone? Why not be concerned simply for those who are round about you? What is this passion in the sanctified heart that will go out to the ends of the earth, clothed in charity, burning with Christly ardour? If there be any persons who are strangers to this passion they cannot enter into the music of the Apostle’s Epistle to the Colossians. They may call themselves practical people, they may find refuge in narrow maxims, such as, “Charity begins at home.” Christianity knows nothing about such maxims. Christianity takes in all time, all space, all human nature; Christianity is not willing to sit down to the feast so long as there is one vacant chair at the banqueting table: Christianity never ceased to say, “Yet there is room”; specially is there room for those who least think of it, or who least suspect their fitness to occupy it. There is no room for the self-contented, the pharisaical; there is always more room for the broken-hearted, the self-renouncing, the Christ-seeking soul. Paul lived in conflict: on the other hand, we are amongst those who avoid everything like controversy, friction, and sharp, mutual confrontage. We love quietness. Yet we do not know what quietness is; we think that quietness is indifference, carelessness, indisposition to concern oneself about anybody’s interests. That is not quietness, that is more nearly an approach to death: peace is not indifference, it is the last result of the operation of ten thousand conflicting forces. We are only at peace after we have been at war, and after we have accepted the music of the will of God.”
Joseph Parker

Brendan Jaster replied to this:

“The last sentence in that quote made me think, we can “accept the music of the will of God,” or we can face the music, as the saying goes. It is going to be one or the other.”