“Tell the children of Israel
to go forward”

“And the Lord said to Moses, “Why do you cry to Me?
Tell the children of Israel to go forward”
EXODUS 14:15

The Red Sea on one side the hosts of Egypt on the other. In the face of such a situation the God of all Glory speaks to tell the people of God to move forward. The word to move forward PRECEEDED the opening of the Red Sea. Faith must precede the revelation of God’s Glory. Faith is revealed by the walk it produces. We are living in a day of words, teachings, books and seminars yet we see so little reality! For Faith to be Faith it must reveal its Author. In the midst of obscurity, passivity and apathy there are people who are hearing the Word to move forward regardless of what they SEE. For Faith comes by hearing not by seeing.

In the midst of a prolonged siege, when the famine had reached a breaking point, the King burst into where Elisha was staying only to hear a word of promise for the next day…

“Then Elisha said,
“Hear the word of the Lord. Thus says the Lord:
‘Tomorrow about this time a seah of fine flour shall be sold for a shekel,
and two seahs of barley for a shekel, at the gate of Samaria.’”
So an officer on whose hand the king leaned
answered the man of God and said,
“Look, if the Lord would make windows in heaven, could this thing be?”
And he said, “In fact, you shall see it with your eyes,
but you shall not eat of it.”
II KINGS 7:1 -2

Faith is the substance of things hoped for and the EVIDENCE of things not seen! The evidence of God’s purposes for this DAY must be expressed by DOING and MOVING toward the thing that we know in our hearts to be true. The real evidence of the prayer of Jesus being answered is found within the hearts of those who are moving forward; pressing, seeking, knocking and knowing of a truth that this thing must be. Faith is never static and faith is never without works. Faith gives birth to a hope that is unshakeable in the character and the promises of God. Faith will never leave a man in poverty; never produce a Word in a man without the resources to become an expression of its verity. Our God is real and so is the faith in those who have hearts to believe.

Tell my people to MOVE FORWARD. This is the Word of the Lord for this hour; time to see the hurts of HIS people healed, the sectarian ways and the agendas of men brought down. To move in such a way as to see this Body of Christ arise out of the ashes. It is time to move forward against the issues of our own hearts in the resignation of our wills and our hearts unto HIM that is worthy. It is time to move forward against all of the obstacles that seem to hinder us from the fullness of all that HE has called us unto; to seek the welfare of the people of God.

Let us move toward a new depth of fellowship that has nothing to do with the old and static ways of men and begin to meet in the NAME, the PERSON and the wonder of HIS PRESENCE. Let us so pour out our lives into the lives of those around us that they would begin to WALK and FUNCTION within the power of HIS CALL unto them. No longer interested in our portion but, by virtue of touching the HEART of God, more concerned for others than we are for ourselves. It is time to be as the SON who, at the age of twelve, said “I MUST be about my Father’s business”. If HE is living in us then that heart must beat within us as well.

“Tell the children of Israel
to go forward” 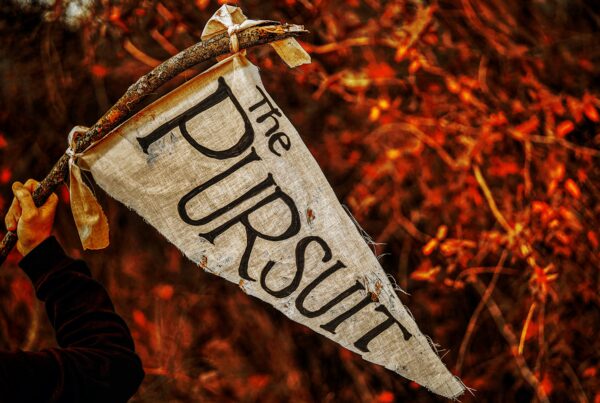